It’s not only top lawyers that make up the team at Ogilvie - the firm is built with a diverse set of professionals to keep the office functioning and to provide a competitive advantage to clients. One such professional is Norm Ferguson. CPA (Chartered Professional Accountants) Alberta recently announced the 2020 Achievement Awards and Ogilvie LLP is proud that Ferguson, one of their own, is a recipient of a Distinguished Service Award.

The Distinguished Service Award recognizes members or supporters of the profession who have demonstrated a significant achievement within the last five years and have therefore brought honour to the profession.
Norm Ferguson CPA, CMA, graduated from NAIT and completed the CMA Leadership Development program, preparing him for new challenges in the business world. Quickly, Norm developed a reputation as a leader and someone you could count on to get projects completed. His ability to build and lead teams continued throughout his career in telecommunications, pensions, and legal services.
Norm is an active member of the CPA profession and Edmonton’s business community. In addition to his professional responsibilities as Managing Director at Ogilvie LLP, Norm administers the Ogilvie Fund with Edmonton Community Foundation. This endeavour provides financial support to community organizations such as KidSport, ABC HeadStart, Big Brothers/Big Sisters, WIN House, Free Footie, Habitat for Humanity, and YMCA Welcome Village.
For more than a decade, Norm has volunteered with Financial Executives International (FEI) Canada. Through his efforts, Norm has helped guide the FEI Canada Edmonton Chapter and has been vital in board transitions, onboarding, and setting the strategy for the chapter going forward. He has contributed countless hours to ensure the board performs its duties to its full potential. He is a true leadership figure for the Edmonton CPA Chapter and has been a phenomenal mentor to many in the finance community. 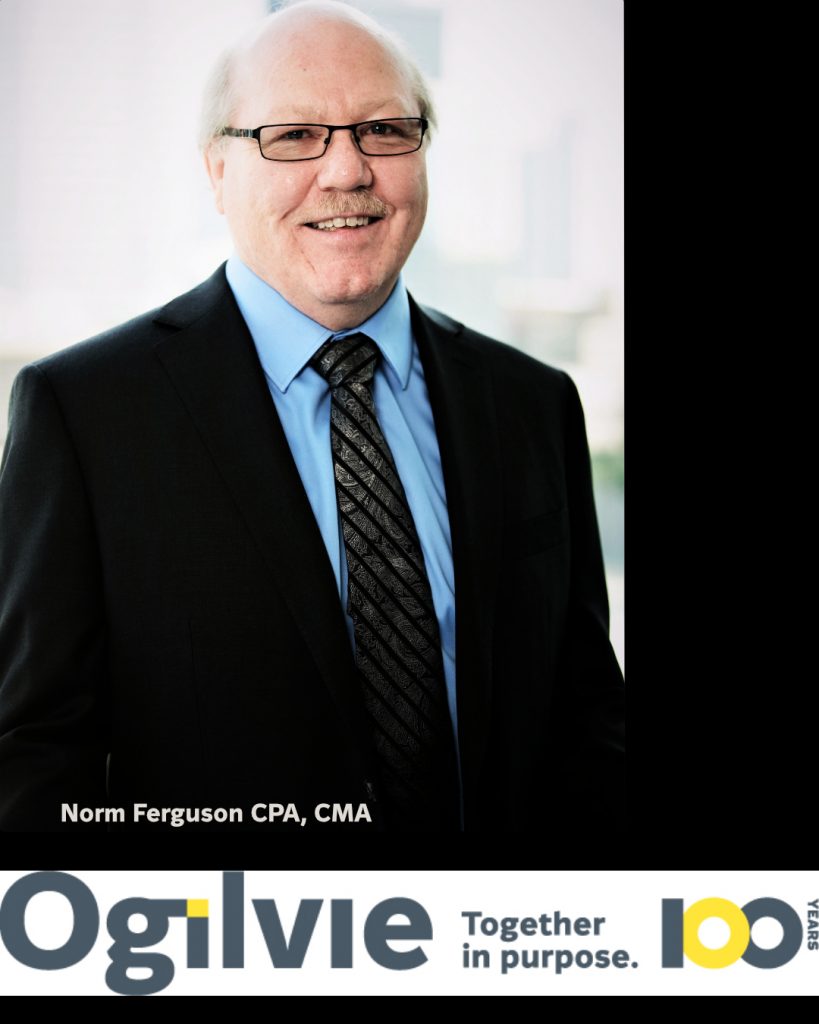