Ogilvie LLP announces Kerry Samletzki as its new Director of Operations. The change is one of two notable 2021 succession planning strategies at Ogilvie, the other being the January introduction of a new Management Team headed by Trevor Reddekopp, Managing Partner.

The transition from Norm Ferguson, Managing Director to Kerry has a long history that started outside of the professional realm. Norm has known Kerry for 25 years, first meeting when Norm played hockey with Kerry’s husband – Kerry would sometimes watch the games with Norm’s kids in the stands. “Getting to know someone through competitive sports can reveal a lot about personal character”, says Norm. "Kerry’s leadership quality is much admired and respected." Her style translated seamlessly when Norm recruited Kerry to lead the Human Resources team at Ogilvie in 2010. After implementing successful HR policies and processes, still used to this day, Kerry left the firm in 2015 to continue to build her career and acquire new skills. All the while, her reputation in the Edmonton community continued to grow.

In 2020, Ogilvie sought someone to replace Norm who, after 13 years of service to the firm, decided to step away. Kerry was the successful candidate and, unsurprisingly, hit the ground running. A brand new female leader guiding the firm into its second century is symbolic. Kerry’s sense is that the legal industry is shifting. Discussion and change are happening around diversity and inclusion - two areas Ogilvie has prioritized for 2021. With Kerry at the helm, Ogilvie will embrace this shift, build on the excitement, and take action.

In this spirit, a promising new partnership is in the works: the Ogilvie LLP x All in for Youth Advertising Competition. Between April 6 and May 20, 2021 AIFY students from three Edmonton schools have been invited to create a visual art piece that celebrates their culture and represents their experience while incorporating one or more of Ogilvie’s 2021 focal points: Commitment to Community, Excellence in Law, Teamwork, Leadership, Inclusivity, Diversity and Together in Purpose.

The winning art will be exhibited as Ogilvie’s advertising in Edify’s 2021 Summer issue - on stands and in mailboxes July 2021. Ogilvie LLP supports Edmonton’s next generation of leaders through Edify’s Top 40 and also acknowledges that the future rests in the hearts and minds of our AIFY kids. The adjudication panel to select the winning art will be headed by Kerry and will include an Ogilvie team along with first lady of Edmonton, Sarah Chan, and Trudy Callaghan, Edify Magazine’s Publisher.

“We have an incredible team at Ogilvie. My job will be to continue the momentum Norm set in motion.” says Kerry. Ogilvie congratulates and thanks Norm for his 13 years of dedicated service to the firm. 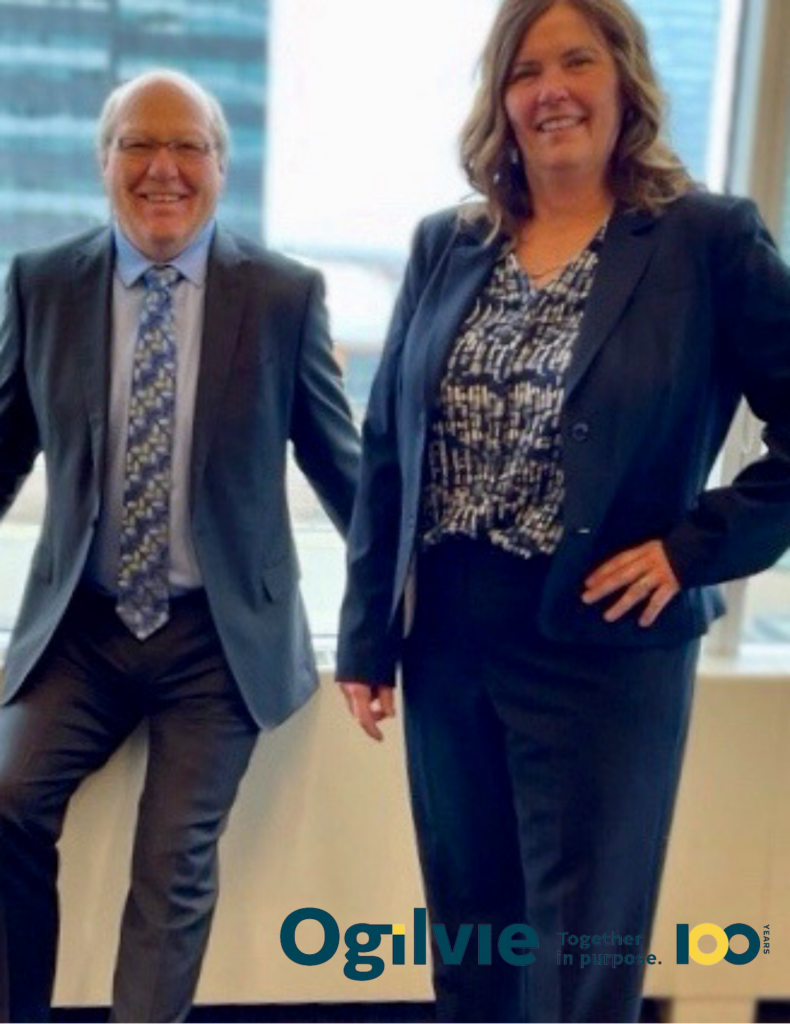 Previous Succession Planning – all part of the strategic plan at Ogilvie LLP – 100 years and growing
Next What Did the Litigator say to the Chess Player?