The firm has been proactively planning this transition and is pleased that Reddekopp, Wasylyshyn and Milliken will lead Ogilvie into the next millennium. Ogilvie marked its centennial year in 2020.

Odynski began playing an active role in firm management in 1977. Since that time, Ogilvie has seen tremendous growth and long-term client relationships strengthen. All the while, a passion for community involvement has not wavered. Odynski’s leadership will forever be imprinted through the firm’s strong focus on community support, most recently witnessed by a significant donation to United Way’s All in for Youth (AIFY) program.

Nothof joined Odynski in 1993 to assist in leading and managing the firm. Nothof credits Ogilvie’s ability to remain agile and adapt to circumstances as the DNA to firm success. Nothof guided the transition to Reddekopp, Wasylyshyn and Milliken’s tenor with the following strategy: starting early, building the team into long-term plans, engaging all partners and associates and implementing with conviction.

Reddekopp takes on the key role of Managing Partner. Edify Magazine Top 40 Nominee and LOVEPIZZA owner, Braede Harris, recently said that she counts Trevor as an essential part of her professional community after working with him for over a decade. See Trevor Reddekopp's profile.

Wasylyshyn was recognized in 2021 in the area of Construction Law by Best Lawyers in Canada and garnered the prestigious appointment in 2020 of Independent Supervising Solicitor to the Alberta Court of Queen’s Bench. See Rod Wasylyshyn's profile.

Milliken has been a Partner at Ogilvie since 2015. He played a key role in the strong customer service that prompted Ogilvie to be named as a finalist in the 2020 Awards of Excellence in Housing by the Canadian Homebuilders Association. See Bryce Milliken's profile.

With a new management team comes opportunity and fresh vision. We congratulate the three partners chosen to lead the firm. 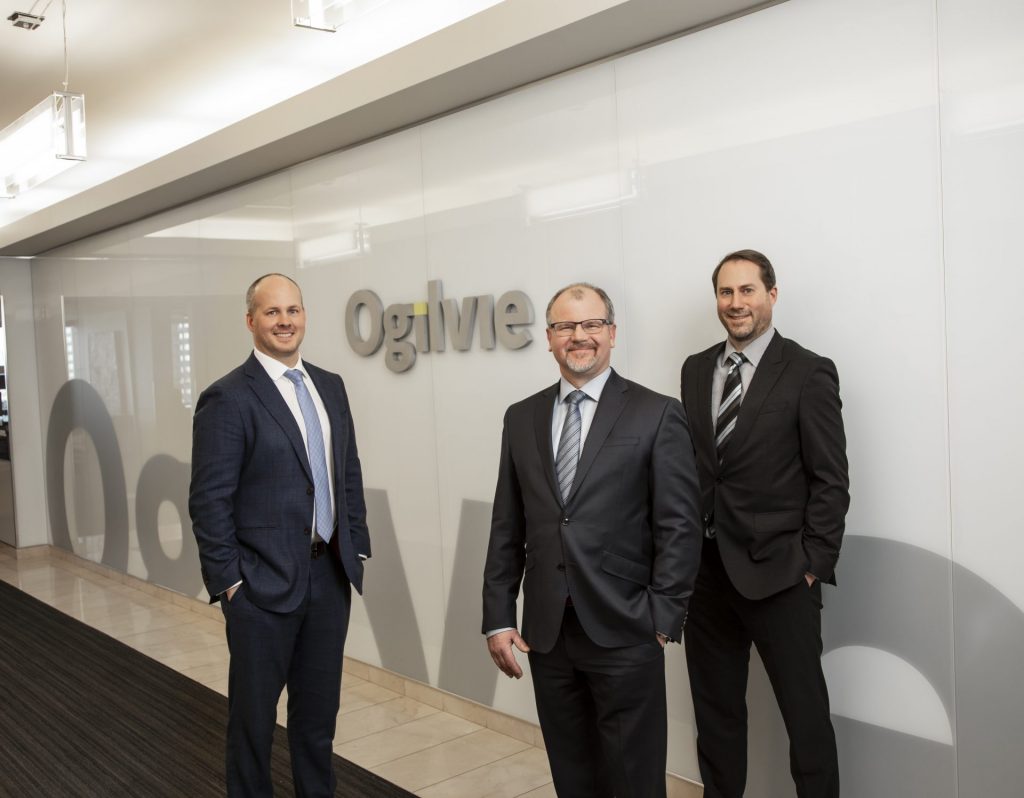 Previous Ogilvie LLP: Supporting Businesses and Edmonton’s Top 40 from the Ground Up
Next Ogilvie LLP Announces Kerry Samletzki as Director of Operations